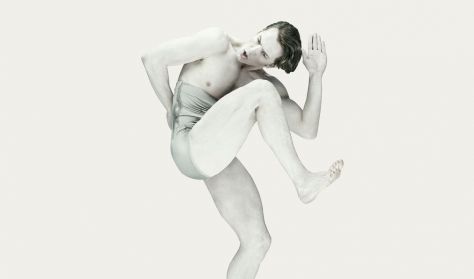 The only classical ballet company in Hungary is ready to go again with their newest modern ballet show that features spectacular classical technique and acrobatic elements. Dance fans can once again enjoy Whirling, a dynamic piece by András Lukács made up from fiery duets as well as the recently staged Cacti by Alexander Ekman which examines modern dance itself: the work passionately, and often raucously, picks apart the mannerisms of dance. With the closing piece of the show, an old dream of the Opera is realised to make an irresistible and modern piece by Paul Lightfoot and Sol León available for the Hungarian audience. Sad Case, accompanied by Mexican mambo music, is the quest for the tension between the satirical and the serious through a sequence of astonishing movements.

Choreographer Alexander Ekman addresses on the contemporary dance stage a theme with which he defines himself as well: modern dance itself. The work passionately, and often raucously, picks apart the mannerisms of dance. Sixteen dancers stand visibly frozen on gigantic Scrabble tiles. While the string quartet plays and ironic-sounding words are heard spoken, the dancers run around, fall down, writhe on the floor and attempt to escape from their invisible prison. Eventually, each of them acquires a cactus. A play of rhythms between dancers and musicians.

Further you can hear also the symphonic version of Franz Schubert's "Death and the Maiden" (arr. A. Stein) / performed by “Kungliga Hovkapellet/Royal Swedish Opera”

Whirling, a pas de deux by András Lukács, a former soloist with the Hungarian National Ballet is set to the music of Philip Glass, one of the greatest masters of repetitive music. The nearly fluid movement, the infinite harmony among the dancers and the unique style of choreography make the scene both quite exhausting and complicated. In 2010, the Hungarian National Ballet commissioned Lukács to create an expanded version for nine pairs.  Tastefully and thrillingly combining elements based on classical techniques with modern devices, Lukács primarily creates plotless choreographies that are highly expressive. In Whirling, along with the music, the spiralling movements of the dancing superbly illustrate a vortex of water: the water into which the suicidal Virginia Woolf casts herself to the music of Philip Glass in the film The Hours.

“Now in hindsight we realise that energy is everything. When we created Sad Case in 1998, so far in to Sol’s pregnancy, the hormones were jumping and emotions were high.  It is these hormones of laughter, madness and the trepidation of the unknown ahead that are the umbilical chord of this work,” says the British Paul Lightfoot, thinking back to the origin of the ballet. He and his partner, the Spanish Sol León share credit for the performance’s choreography and set and costume designs. Up until 2020, León worked as artistic consultant and Lightfoot as artistic director for the Nederlands Dans Theater (NDT), where they were responsible for bringing about sixty creations, including Sad Case, which is undoubtedly one of the pillars of their work. In it, surprising movements set to Mexican mambo music reflect the ongoing search for the tension between the satirical and the serious. The Opera has long planned the staging of this irresistible modern piece for Hungarian audiences – and by way of it, the art of the world-famous Lightfoot.

A ballet-opera by Philip Glass based on the story by Jean Cocteau, in…

Concert performance in Latin and German with Hungarian and English surtitles